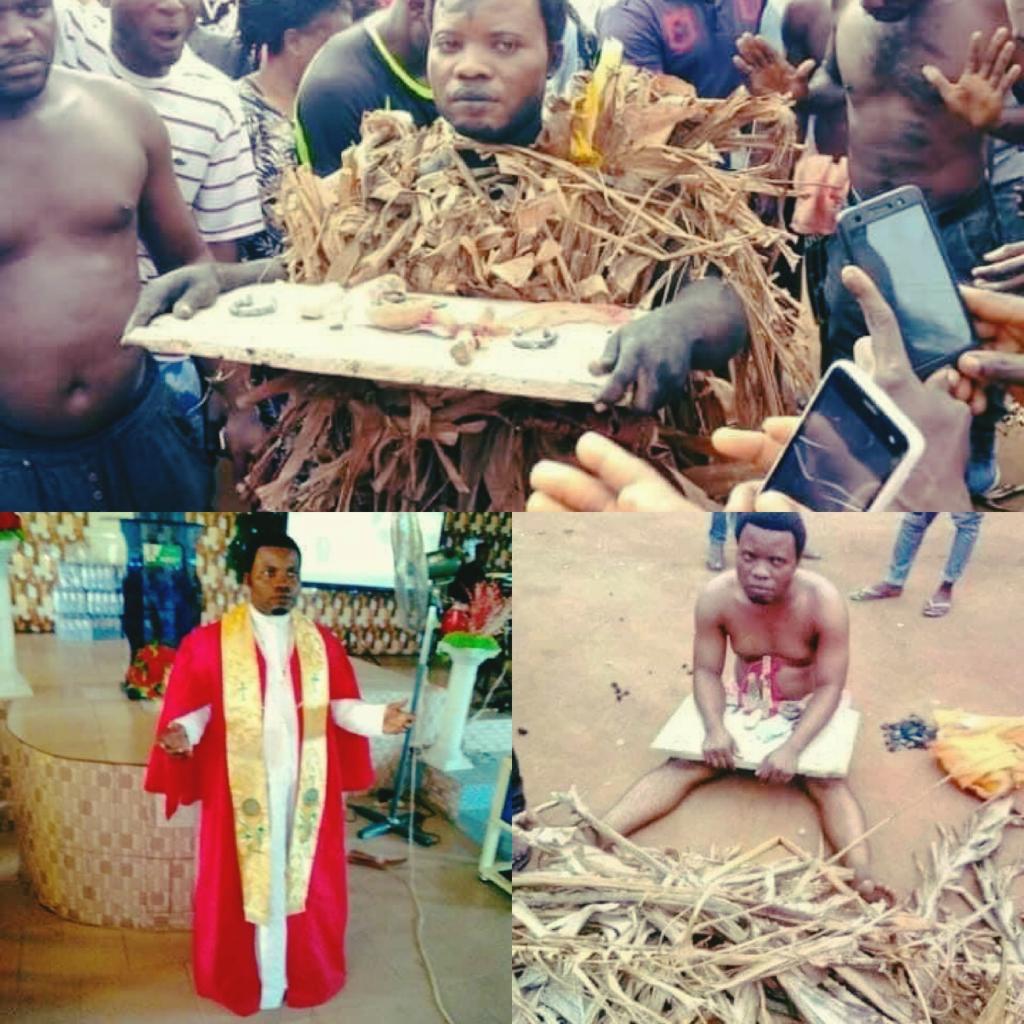 A pastor called Prophet Paul Abam, in Ugep, Yakurr LGA of Cross River State has been caught by an eye witness who pleaded not to be mentioned after he was identified by someone who knows him burying charms in someone’s building at Itigidi on a sunny afternoon. The pastor popularly known as Miracle pastor was paraded in handcuffs after he was caught in the act. He is a pastor well known for performing miracles. Findings showed that he was a pastor at Presbyterian Church (Ugep) before he left to open his own church known as Pastor Paul Ministry.