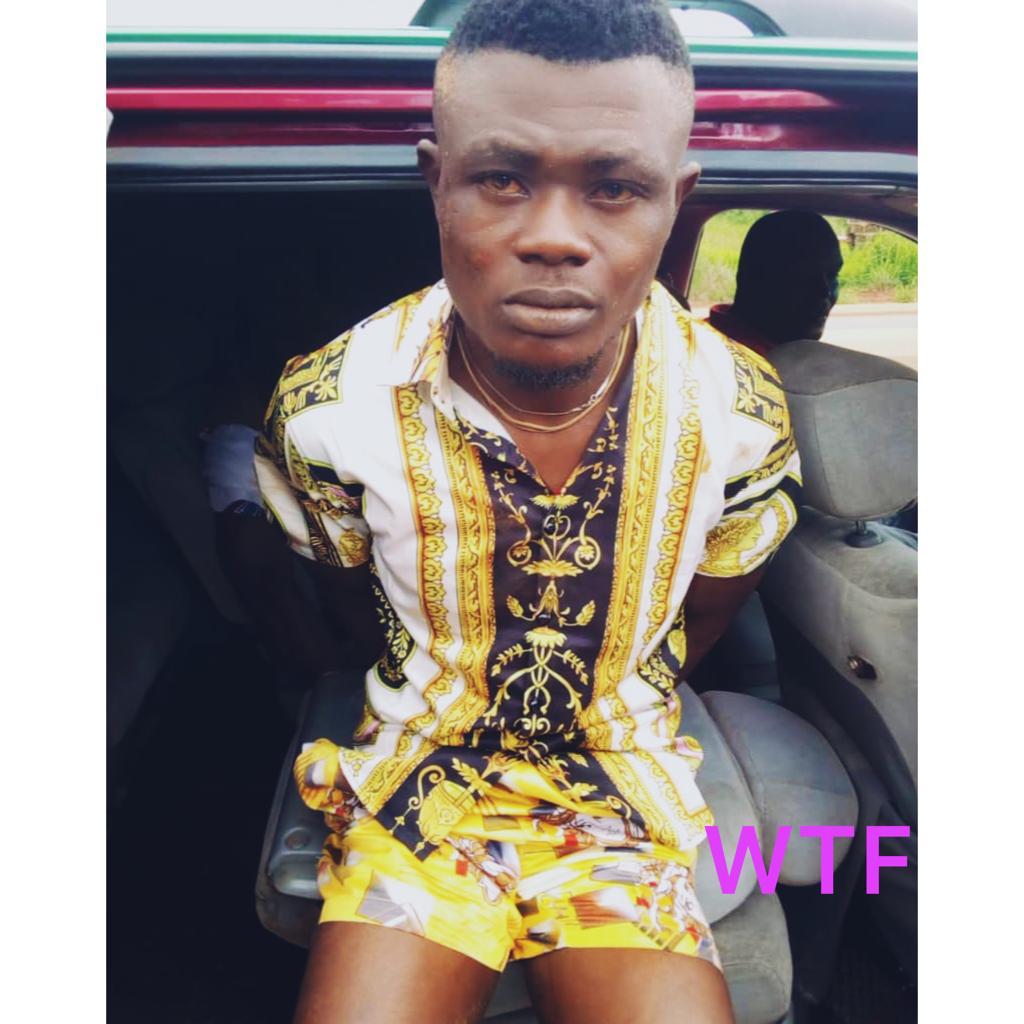 An alleged serial killer and a suspected notorious assassin, who is believed to be the leader behind the serial klings in Nsukka LG, by name Mr. Eze Ejike, popularly known as Escato, has been successfully arrested by Nsukka Central Neighbourhood Watch in Conjunction with Ede-Oballa Neighbourhood Watch.The Neighbourhood Watch tact team have also promised to get other gang members, however they have asked the law to take its course and the government to maintain the law. They vowed to lay down their guards and resign if these well known assassins were set free and law does not take its full cause for the culprits were preparing to assassinate more people which the security men were there main target before there arrest.