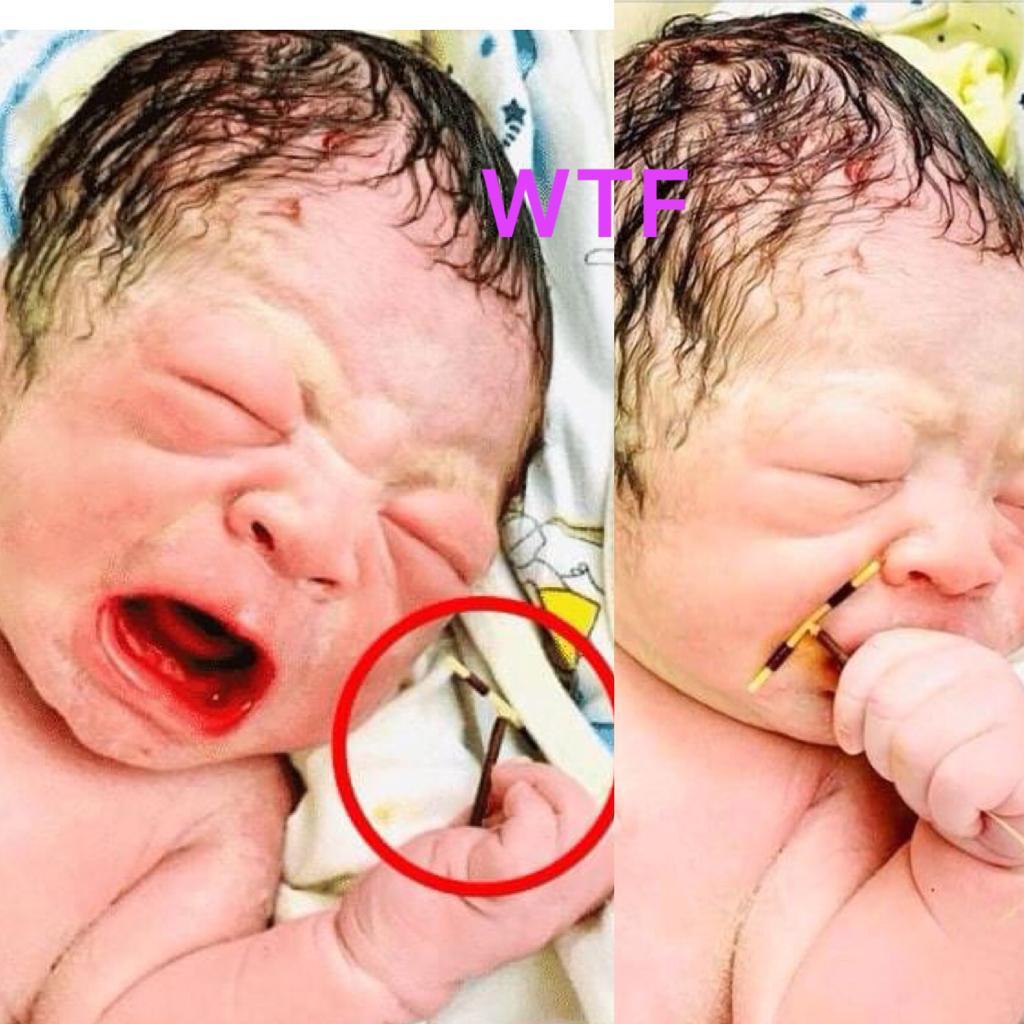 A wierd photo had been shared of a baby born holding Contraceptive that failed to stop her mother from getting married.The photo got a lot of attention as it shows the baby holding the yellow and black contraceptive coil which failed to stop her mother from getting married.The baby was born at Hai Phong International Hospital in the City of Hai Phong in northern Vietnam.Dr Phuong had narrated that the mother became pregnant because the contraception was on ineffective form. The device may have moved from its original position.The 34-year old mother of the baby had claimed that the coil was inserted two years earlier before she fell pregnant.