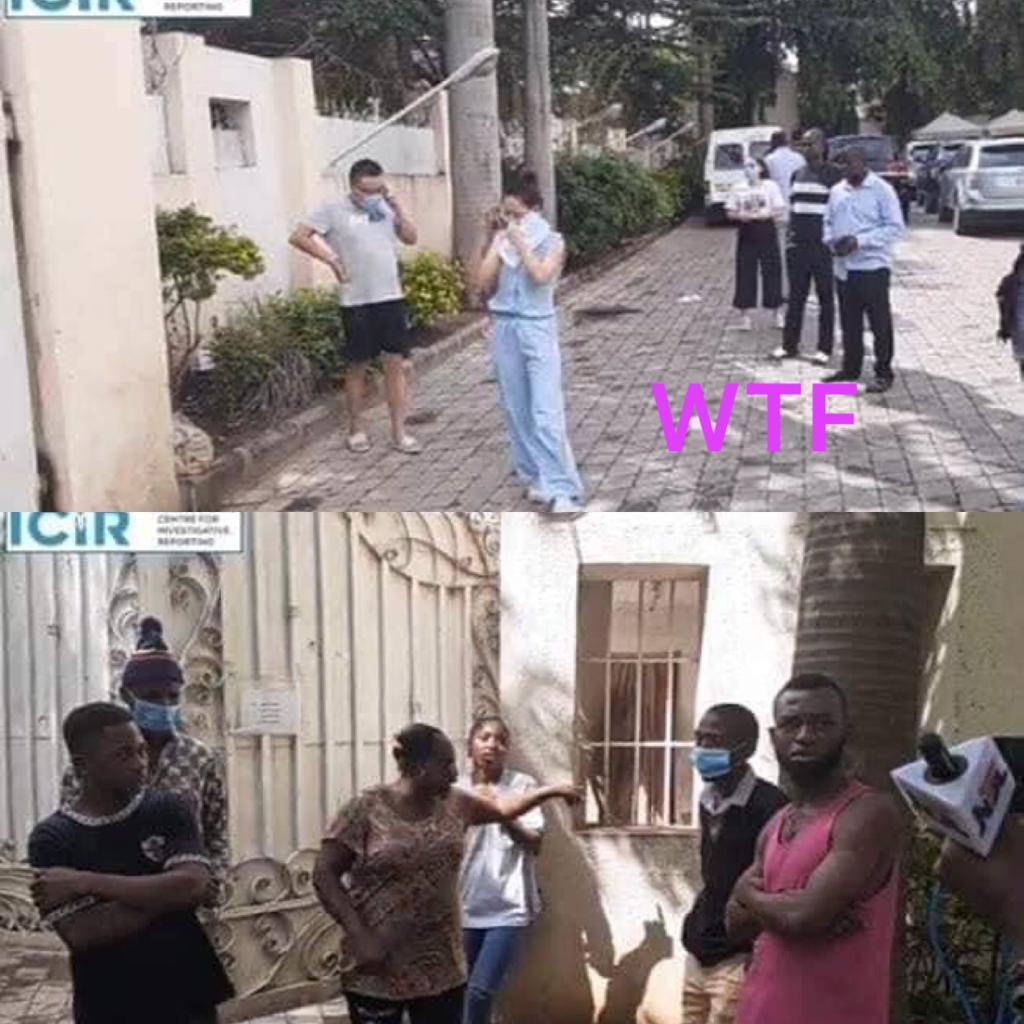 The police have arrested and paraded two Chinese nationals in Abuja for locking up eight (8) Nigerian staff in an apartment for past four months.As at the time of this report, it is not certain the kind of job these Nigerian staff offers the Chinese couple, but in affirmation, they were domestic staffs.
A tip-off by a radio listener who called during the “Brekete Family” programme of the human rights Nigeria, had made a team of six police officers from the FCT Divisional Police Command in Utako, the International Centre for Investigative Reporting (ICIR), to swing into action and raided the residence of the Chinese nationals at No. 117, Jabi area, Abuja.A man who gave his name as Alex who is a driver to the couple, said that since the outbreak of Covid-19 pandemic, he and the other 7 domestic staffs have been working.A woman amongst the eight rescued narrated that a certain amount of money is dedicated from their salary if anyone goes out. Even when she complained of being sick, they refused her going out. No one leaves the mansion.₦3,000 was deducted from another worker because he stubbornly went out to fill his pension form.The staffs complained they were not given food by the Chinese couples aside their salaries.Initially, the Chinese couple were putting calls through and refused to follow the police men but later succumbed as they were instructed to go with the police.