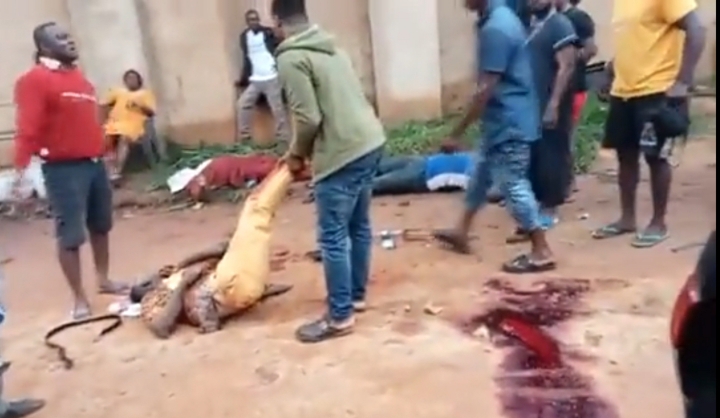 It was gathered that five persons including four men and a lady were killed in the attack that took place today, April 30.

A source who is a resident of the area told said that the gunmen opened fire on the four men who were drinking and also the Lady who owns the beer parlor.

The source stated that the four men who were killed decided to relax at the drinking joint after attending a burial ceremony at Osumenyi.

The deceased lady who owns the beer parlor is from Amichi in Ukpor, the headquarters of Nnewi South LGA.

As at the time of this report, the motive fir the attacked is still unknown.